The cemetery cleaning works that appeared in the city of Manbij as a result of the urban expansion work continued.
Accordingly, the Directorate of Antiquities in Manbij carried out the cleaning process and deported the dust in order to scientifically document it by a group of specialists.
As preliminary cleaning works revealed that this facility consists of five tombs centered around an inner courtyard in addition to some tunnels.

And through some of the archaeological finds (saddlery and pottery shards …) that were found, it was found that this facility dates back to the beginning of the Byzantine period and that it was looted in previous historical periods. 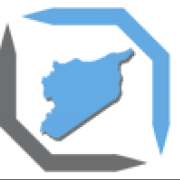 Aerial photos of some archaeological and heritage sites in Raqqa